Marcia Peeters started her local plant rescue business, Pierce Street Gardens, on her front lawn with donated plants and a can for donations over 15 years ago. Since then, her business has almost overgrown her home due to the rise of gardening in Eugene. According to Peeters, the Eugene gardening community has grown due to the fact that people are becoming more aware of the benefits of growing your own food.

“If I can grow my own tomatoes and they taste better and are less expensive if I do it right, there’s a lot of benefit to that,” Peeters said.

Shelley Bowerman, Ant Farm member and instructor for University of Oregon‘s Urban Farm, sees a “growing understanding that we need to know how to do this ourselves, for self-sufficiency’s sake, for environmental health, for our personal health.”

The importance of interacting with nature and being in a community is increasing in Eugene, according to Bowerman, and people are now understanding why that is important. “People are looking for a therapeutic connection to nature, a community where t 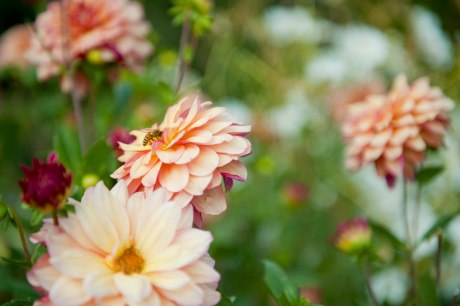 hey feel supported, because that is becoming more and more scarce in this American society.” 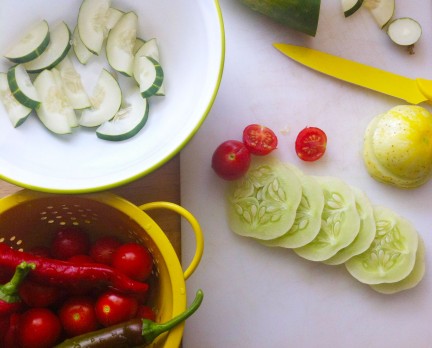 For Peeters, “knowing exactly what happened to that fruit or vegetable before it got on your plate,” is a reason why the gardening and farming community is growing in Eugene. “The Eugene gardening community values organic plants; they value the whole non-chemical, non-pesticide, no herbicide,” Peeters said.

Bill Bezuk, owner of The Eugene Backyard Farmer, started his business because he realized the urban farming community in Eugene was a big market that was not being served. “I wanted to do something that had not been done yet,” Bezuk said.

According to Bezuk, his business, which has grown in the past five years, has grown because urban farming has grown in Eugene. “I think a lot of people recognize that our food system isn’t necessarily structured in a very sustainable way […] people are taking matters into their own hands.”

Eugenians are moving towards the concept of being able to control their own output.

According to Sean Ferrigno and Forest Weaver, co-owners of Garden Starters, Eugenians are seeing the importance of knowing what’s in their soil. They have even gone as far as to talk to the farmers who sell the feed to the horses whose manure is used in their hand-crafted organic soil.

Within the growing gardening community, many have no idea where or how to start growing their own food.

“People are looking for that initial help more than anything else,” Ferrigno said. Garden Starters gives people advice on where to put their garden, how often to water it, the fundamental choice of soil, and does the work to provide a blank slate for people to do their own gardening and hopefully be successful their first year.

“Lots of first-time gardeners become discouraged and think they can just buy cheaper produce somewhere else, so when they come here, I give them personal attention so they can get the right plant for the right location,” Peeters said.

Gardening in Eugene can be community-based. The Ant Farm collective is a community-oriented group of people supporting each other in the goal of self-sufficiency by gardening together on shared land and providing knowledge and support.

“It’s challenging,” Bowerman, one of the leaders of The Ant Farm said, “considering modern life and the way our society structures basic needs […] by working together, by learning together, by growing food together, we have been able to circumnavigate some of those challenges of growing food in the modern world.”

Gardening in Eugene has not only developed in the local community but also in the classroom with the Urban Farm classes held at the University of Oregon. Urban Farm is an outdoor classroom where students can learn the skills of growing food and an opportunity to spread the message of the importance of growing your own food among people who are not familiar with it, according to Bowerman.

The city of Eugene has passed regulations that are very supportive of farming, according to Bezuk. In March of 2013, an ordinance update passed that increased the number of urban animals allowed within city limits. “There’s a lot of support in Eugene,” Bezuk said.

Even though the gardening community has grown, some people want to see Eugene do a lot more. “I want to see more open spaces and public spaces dedicated to urban farming, because a lot of people don’t have the space for it,” Bezuk said.

Garden Starters, along with helping people grow vegetables successfully, wants to install community gardens around town that are for-profit that don’t rely on grant money and city cooperation. Last year, the city of Eugene cut the staff time of the community gardens manager in half, from .5 full-time equivalent to .25 full-time equivalent.1 These for-profit gardens would be “run more as a business since it would be more stable that way,” Weaver said.

Aside from the community’s future, gardening and farming could become a vital resource. “If fuel prices and water scarcity go up anymore, it’s going to become more of a practical solution than a hobby,” Weaver said.

Some Eugene gardeners are hopeful, though. “We are just going to get stronger and healthier as a community while external forces  impact of migration, resource scarcity, drought  become more and more stressful,” Bowerman said, “but I’m hopeful.”